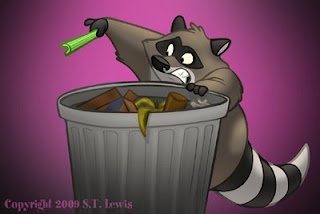 Celery is a vile, inedible weed. People have rebutted this easily acceptable fact with ridiculous arguments like, “But I like celery with peanut butter.” If this is what you were thinking, what you actually like is peanut butter. If you don’t believe me, try dipping a twig or a popsicle stick into some peanut butter and take a bite. You’ll notice very little difference. If you try this and still contend that celery is a bit tastier than most varieties of sticks, first of all, celery thanks you for your generosity and non-discriminating taste. Secondly, would you please just admit to yourself that you’d eat a toilet brush if it was the only way to get peanut butter into your mouth? If you still insist that you actually like celery and you think I’m wrong about this, it doesn’t mean you have a problem. It means I have a problem… with you… liar.
Posted by S.T. Lewis at 7:29 AM

Peanut butter is good, but what about when a celery stick is filled with cheese from a can? Like at Thanksgiving? Yum!

You are exactly right; celery is a method for getting peanut butter into my mouth without having to dip my finger into the jar. (Not that there's anything wrong with that.)

oh my gosh thank you so much for this post.

Perhaps I am the outcast. But I honestly like celery.

You're right. It's not that great. It's like a stick made of water. Awesome drawing man.

You're just a hater. :)
Nice illustration.

yeah, celery is totally pointless! not only does it taste like nothing, but all those obnoxious stringy things get caught in my teeth and cause all kinds of problems through out my day.

i'd rather eat a diaper.

did you hear they have celery flavored pepsi in japan?? maybe it was cucumber... i don't remember.

Except I have to dip it in peanut butter or ranch first.

Hey! What happened to those other jug bands you promised?

The League for the Suppression of Celery thanks you for your post. Awesome!

I hope you will officially join us in our fight to eradicate the Evilness that is Celery.

Wonderful illustration. I like the trash changes you made. love the dainty pinky. no public comment on the celery topic.

Heather, the reason you lose weight eating celery is that a) it has no value as a food and b) it takes a lot of work for the body to digest the stuff. It's like digesting a Frisbee.

I like your logic Shane, and your drawing is, again, amazing!

As an ex classical animator, I loved your blog, firmly added to my favourites.

Most sticks are less stringy... That makes celery worse than a stick.

I hate to break it to you Ray, but along with K-Mart, celery sucks.

I admit. Celery is very bitter, but every now and then, it helps build character in you taste buds! The raccoon and the bear rock by the way.

I think I am going to have to disagree with you on this. Celery has a very definitive flavor for me. I think the real prize goes to ricecakes.

Hilarious. Did you know you actually burn more calories chewing celery then is actually in the celery. I think you would have to chew for about 26 hrs to burn off the peanut butter though!

Great work Shane! I love your illustrations so much appeal and good drawing. Haven't been here in a while! Keep it up!

First off, I just started following your blog--you are hilarious.

Anyway, I couldn't agree with you more on this celery issue. I have always hated it! Now I'm not a super-gamer or anything, but I do hit up the ol' Xbox 360 in times of dire boredom. One of my favorite games (I'm a nerd of sorts) is Fable II. I HATE that eating celery in that game makes your character skinnier if he/she has gotten fat....stupid celery....why couldn't it have been some other fruit or vegetable? What made them choose celery?!!?

Celery is not only disgusting, it can be dangerous. Just ask the author James Howe.